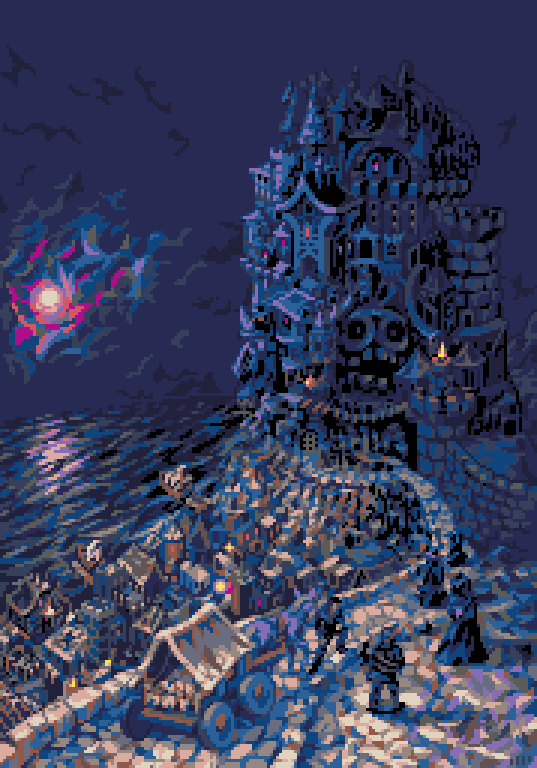 ‘The Black Castle’
Based on the novel ‘Shadows Linger’ from the dark fantasy series ‘The Black Company’ By Glen Cook (one of my personal favorite fantasy novels). 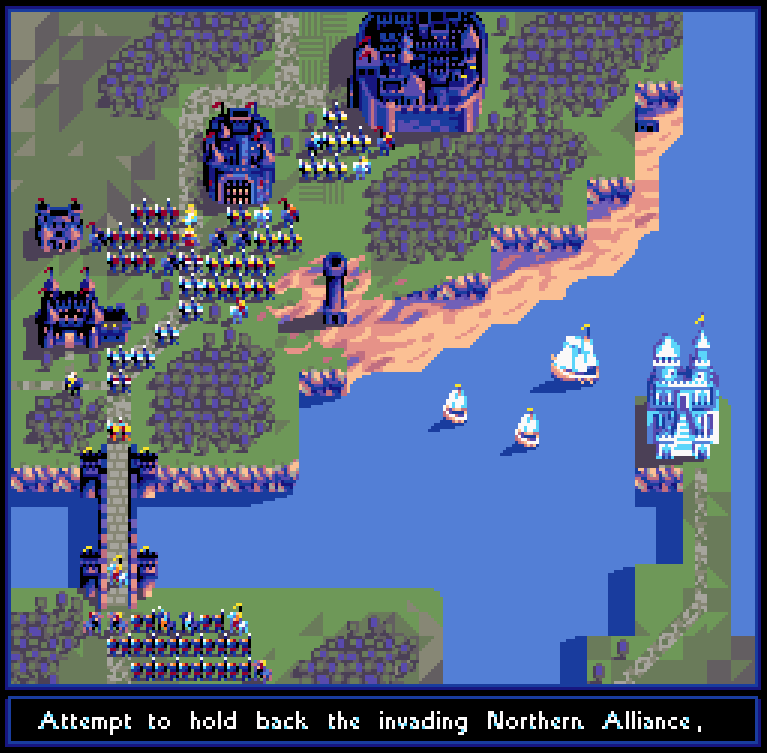 “Attempt to hold back the invading Northern Alliance, use the bridge as a funnel to slake their numbers entering Arrisia. Land your ships close in on open land and hit them from the south-east.” 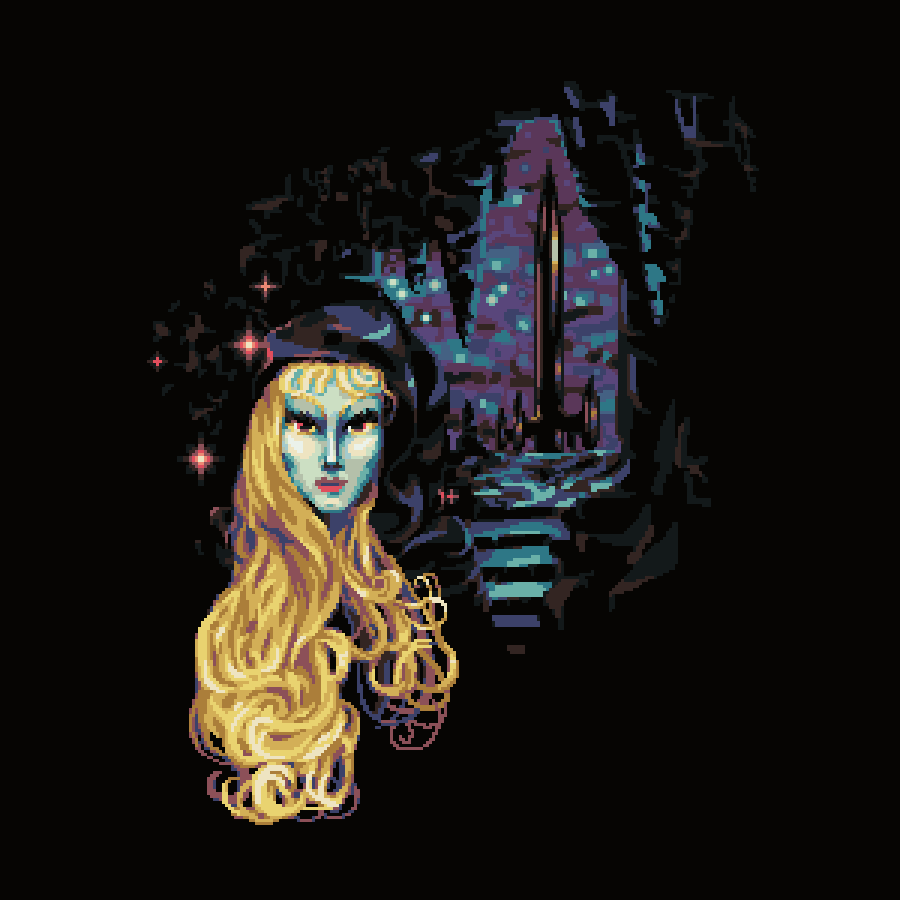 ‘Rhapsody In Black’ a pixel cluster study, no single or lone-standing pixels used.  Based on the book cover of the same title; original painting by Kelly Freas 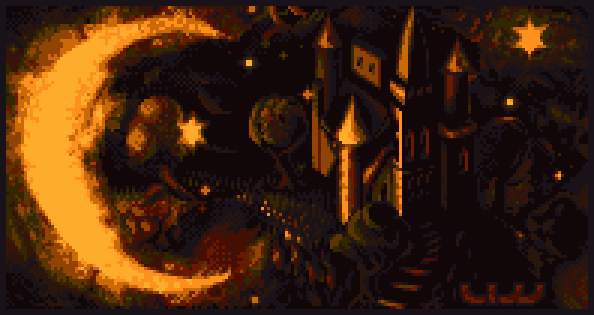 In the world of ruin there are many monsters! Tribute to the most common aspect of FFVI; the generic enemy encounters. 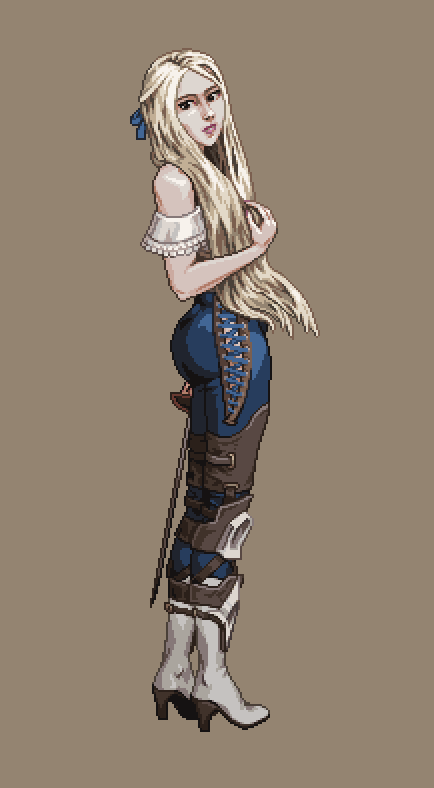 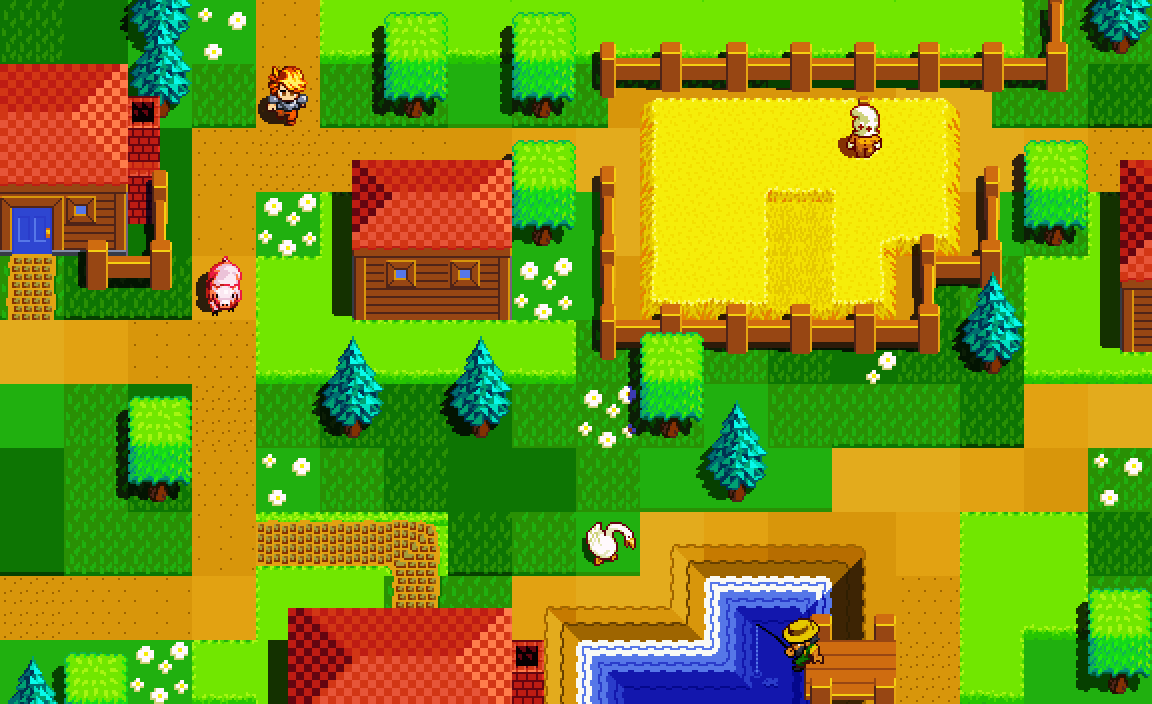